If you've been following this newsletter for a while, then you know that I've been working on a new technique to combine counted stitchery (like cross stitch or blackwork) with quilting.

In the block below, you can see that the amber-colored quilt block has a stitchy center, a quilty inner border, then a stitchy border, and then another quilty border. That stitchy border in between the two quilty borders make this block unique and defines my Stitchery Crossover technique. 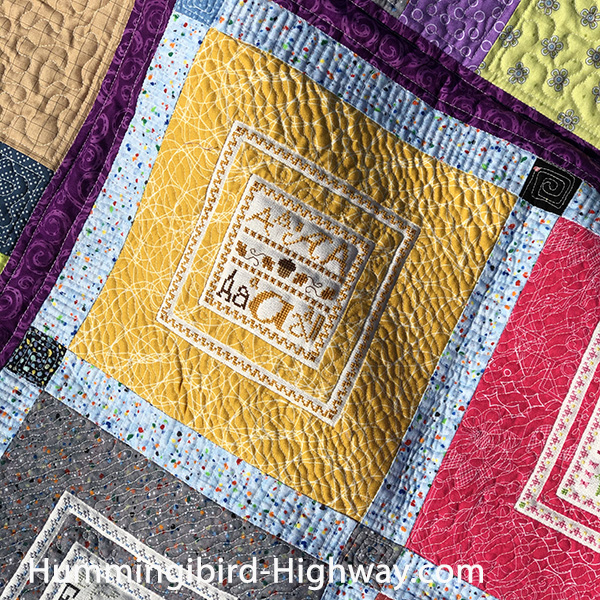 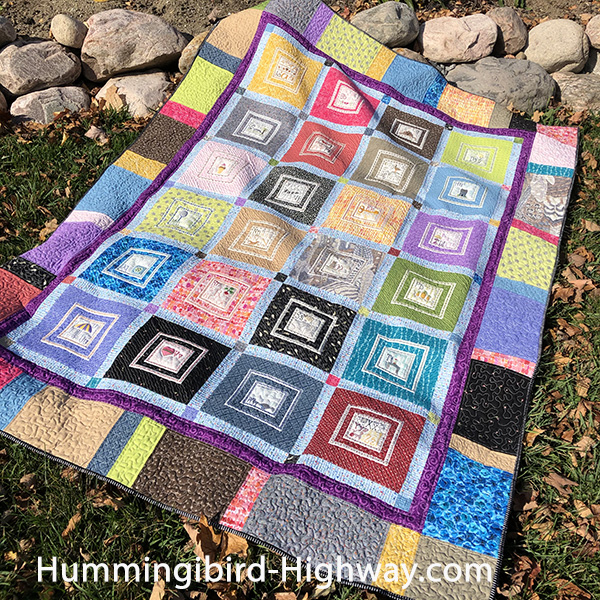 Here is the rest of the quilt. Finally finished! The stitchy process isn't a fast-finish technique, but it's very fun, very relaxing, and very satisfying!

A couple more blocks from the quilt are shown below. Notice that the center motif in each block has a built-in border. The built-in border pattern is repeated to create the middle stitchy border. A different border for each block. 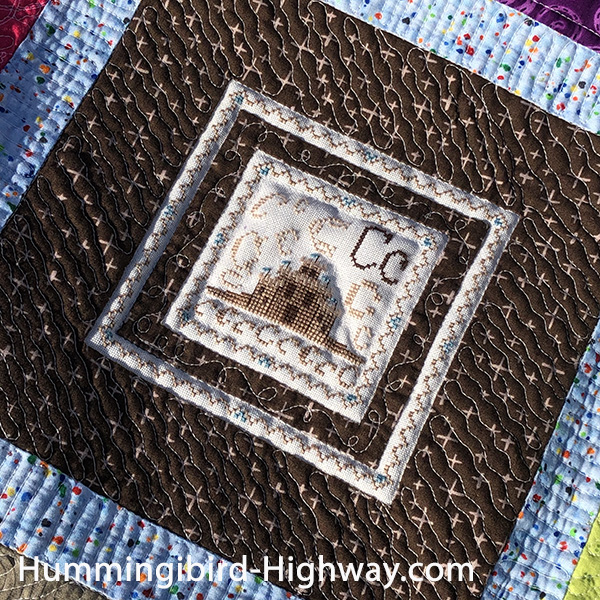 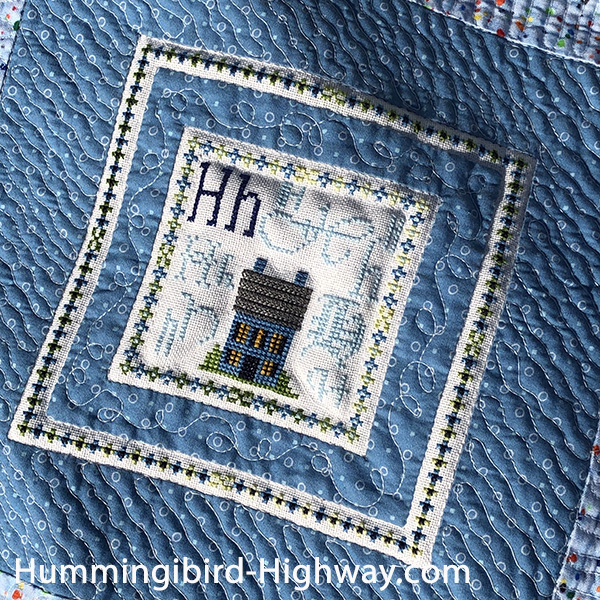 Do You Want to Crossover, too?

Announcing! The first Stitchery Crossover course is now available from Hummingbird Highway, so you can learn this unique stitchy-quilty technique too!

Both the projects below started with a stitchery chart that included no borders. Once the center is stitched, borders are added with the Stitchery Crossover technique, the potential is huge. These two charts came from Cross Stitch periodicals. 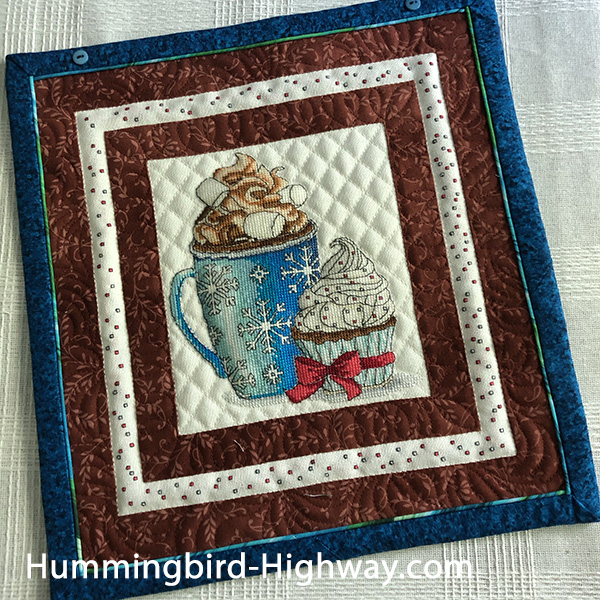 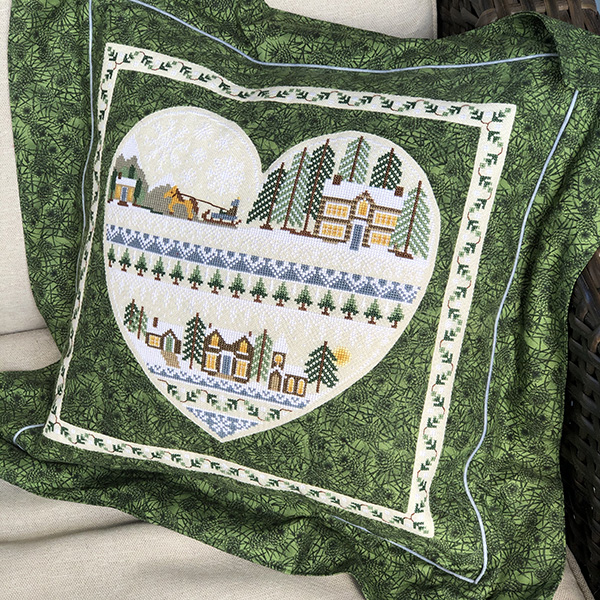 If you are a quilter who likes to stitch, then perhaps this new technique is for you, too! Learning the technique starts with a basic project named Mia Rosa.

The first online Stitchery Crossover course is a small one-block project that walks you through the entire stitchy-quilty process from start to finish. 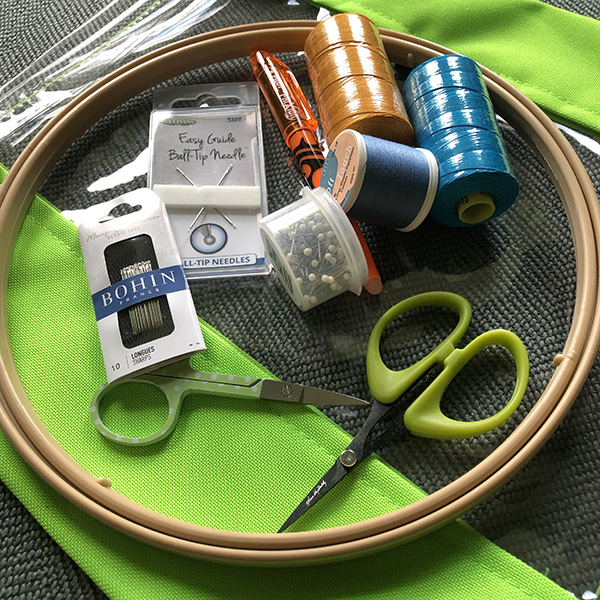 This prerequisite course includes a complete kit (valued at $120) with all the materials needed to make your first Stitchery Crossover block.

Only a few of the supplies in the kit are used up for the first project. The rest can be used again and again for future Stitchery Crossover courses and projects.

The first online course breaks into 22 detailed lessons with lots and lots of close-up photos and thorough text. And it' all online, so you can learn and stitch at your own pace.

Fair warning, the Stitchery Crossover technique is fussy and a lot of hand-stitching, so it's not going to be for everyone.

Mia Rosa (shown on the right) incorporates a modern Cross Stitch center and a delicate Blackwork border in an exclusive chart designed exclusively for the introductory Mia Rosa course by Clare Ardali of Peppermint Purple.

And it's the basis for the first prerequisite Stitchery Crossover course. 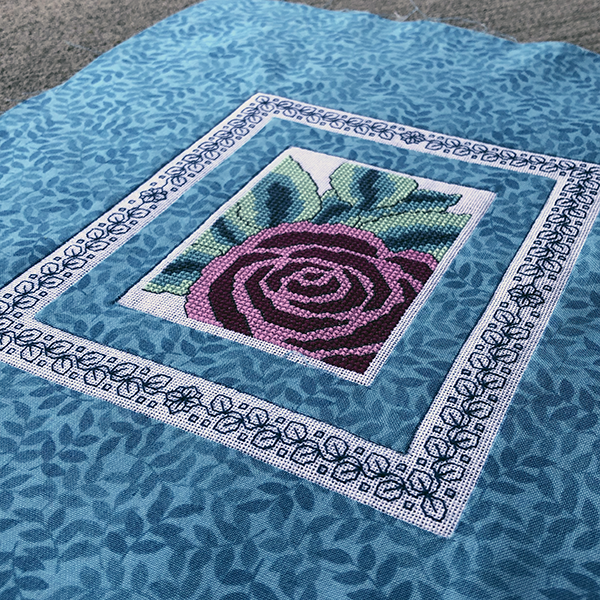 CLICK HERE to LEARN MORE about the Mia Rosa Course 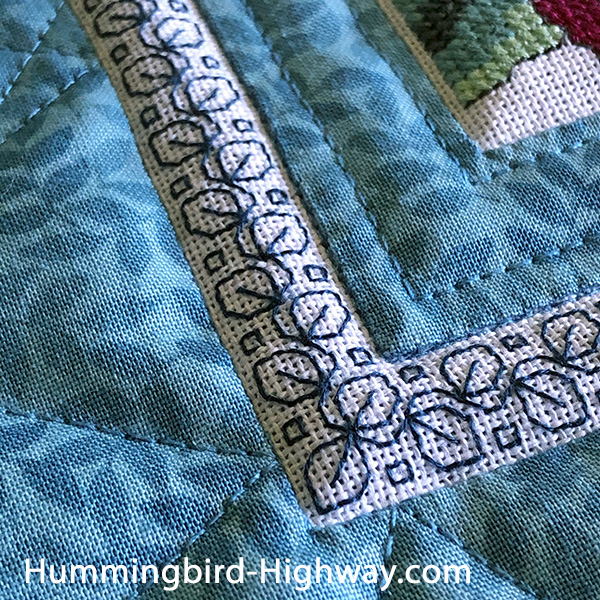 I've taken all the legwork out of your product search, and I've identified the perfect tools that are exactly right for your Stitchery Crossover success! 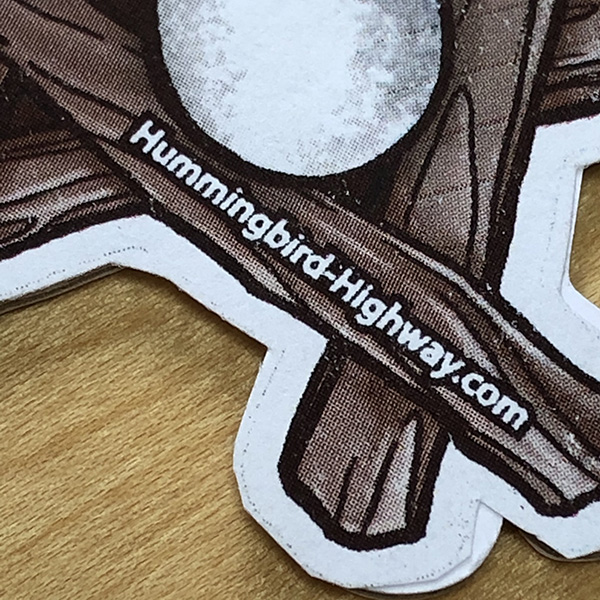 Not to mention, the kit also includes the newest, coolest thread bobbin (coming SOON!) designed and created right here on the Hummingbird Highway!

Remember, the Mia Rosa prerequisite course is the only time a full kit will be required for a Stitchery Crossover course. That's because 90% of the supplies in your Mia Rosa kit will last through many Crossover projects.

Please note! My systems are not yet compliant with VAT for UK and EU buyers. Watch this space, for updates on course purchases outside the US and Canada. (Sorry!)

Another holiday-print-puffy this week. I tried a different thread color for the wreath this week (last week I used a similar design using white thread instead of the brigth green. I like both versions! Wouldn't this make a nice quilty-giftie for Christmas? 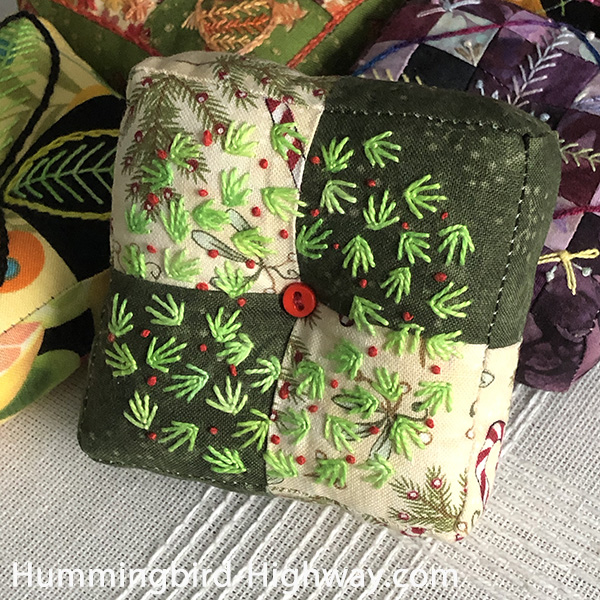 Make your own four-patch pin cushions. For the step-by-step tutorial, jump over to the blog and scroll down to the first Puffy Fours post from March 5. That's when I started, about the same time the world was shutting down. And that'll bring you to the beginning of the four-part tutorial.