Monday was a holiday, and as a small business person, I don't always get to step away completely from my desk on holidays. But I did, this week.

If you've been hanging around here and reading the Good Migrations newsletter for even a short spell, then you know I'm a bird freak.

This year, for the first time in 60 years, three pairs of endangered Great Lakes Piping Plovers are raising chicks on the eastern shore of Lake Ontario, only about a 40 minute drive north of my home. My birder (and quilty) friend Amy and I needed to go see.

On Monday morning, we put on the walking shoes, stuffed field glasses into our packs, and headed north.

Once we arrived, it was another 2 mile walk to the nesting area. Or you could take a boat, but neither of us had one handy.

After searching the dunes for the small, well-camouflaged puffy white and taupe birds we spotted one.

Then another, then a chick. All told we saw four adults and at least two chicks.

This is Aragorn. His mate is Arwen (any Tolkien fans out there?). Their chick is named Hatch. Their two other eggs this year were infertile. 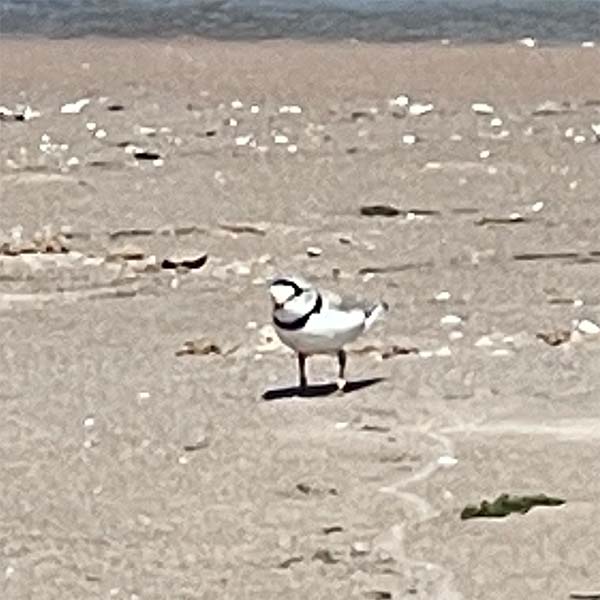 These adorable shore birds can be hugely controversial because they love the shoreline in the summer months as much as humans do. Access to popular beach spaces may be limited to allow space for the plovers to thrive and prepare for their late summer migration south.

Some may be familiar with Monty and Rose who had several nests at Montrose beach in the Chicago area over several years. Sadly, Monty made it back to the beach again this year, but died of an infection in May; Rose, his mate, did not return and her status is unknown.

Why are these little birds so important?

There are only 70 nesting pairs of the Great Lakes Piping Plover subspecies left. Aside from being extremely cute and extremely rare, they are an 'indicator' species, which means changes in the population of the species indicate the viability of the ecosystems they inhabit. Since humans like beaches, too, the health of the plover population indicates the health of the beach for everyone's long-term enjoyment.

They are also an 'umbrella' species, which means when we protect them, other inhabitants of that same delicate habitat also benefit.

I know, probably not the information you might have expected from a quilting newsletter, and I may not be a bird expert, but I'm a passionate learner and observer of all kinds of birds, and I just had to share.

After the hour-long walk along the shore in each direction, and about an hour searching for, finding, and observing the plover families, a quilter can get hungry!

Pizza for lunch, anyone? Yum! 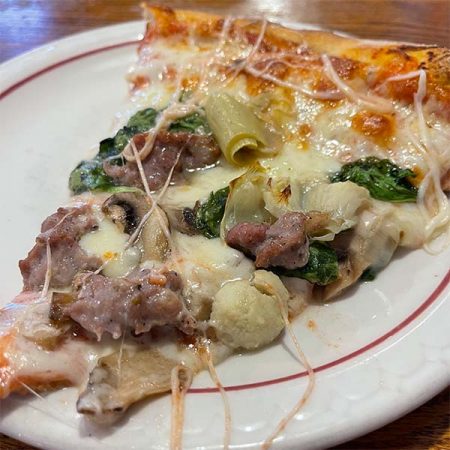 Last week, I showed the continuing saga of the progress on the purple pinwheel quilt. I showed how I opted to stitch around the twelve points of each flower, leaving lots of loose thread ends to tie-off and bury for each of 28 flowers in the border. 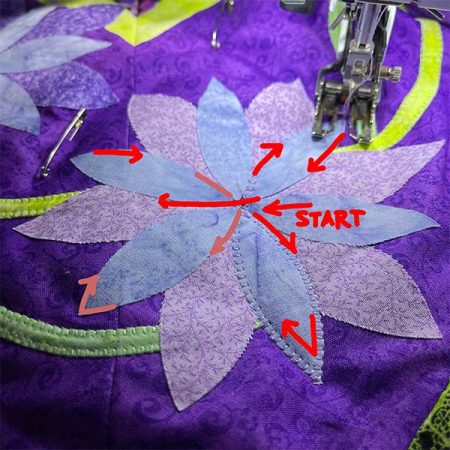 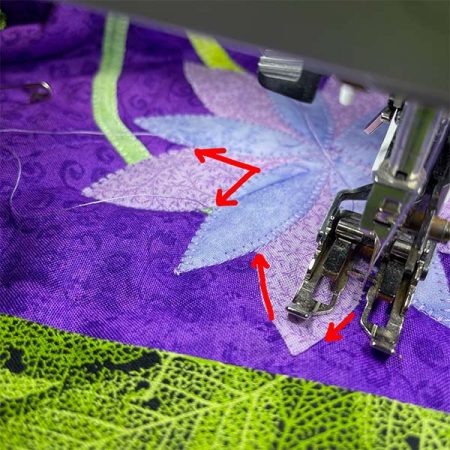 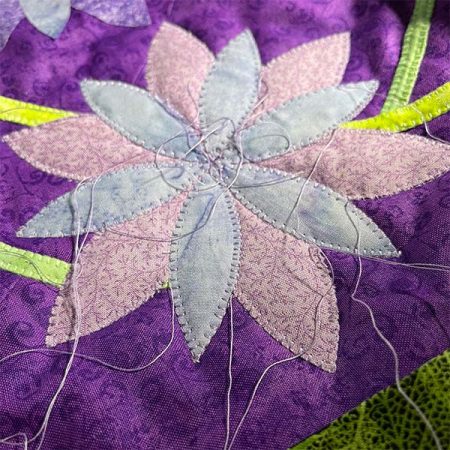 Once I reached the lavender petal, I switched back to blanket stitch and continued across the center and repeated the same sequence until all petals were secured. 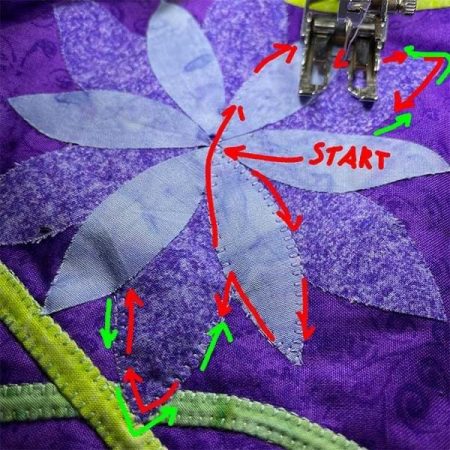 This option eliminated all the extra thread ends and knocked off about 10 minutes (out of 30) for each flower.

I tried a couple other paths around the flower, but I found that this one worked best for me.

I'm happy to report that all the flowers in the border are now secured, and I am moving back to quilting the center. More progress soon. 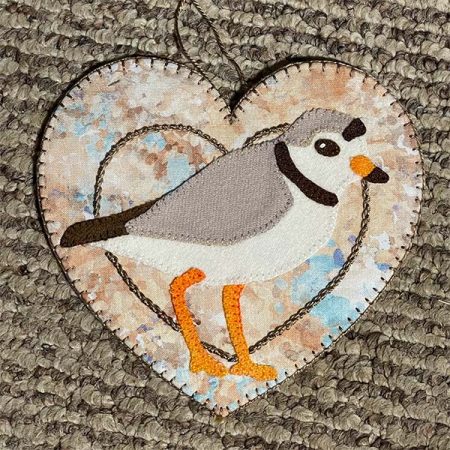 I only recently discovered this, but I'm sure many of you already know about it.

Have a look, see if you agree that this is something special. (Don't worry, it's not a gag or something unsafe or unsavory - just the opposite).