For a few months now, Dave (the hubster) has had a regular weekend routine. On Saturday and Sunday mornings, he goes to Dunkin Donuts drive-thru and buys himself coffee and donuts.

I'm not a coffee fan, so I stay home and put the tea kettle on with one of my favorite Republic of Tea flavors. Dave brings me a blueberry muffin.

Saturday and Sunday mornings have become pampering time, almost like Christmas morning without all the stress and preparation.

A couple weeks ago Dave came home from his donut dash on Saturday morning with his wig in a twist.

Only one pink and orange bag (with my muffin) was on the counter. And Dave was in a foul mood.

He had his coffee (the stuff gives him heartburn, but he still drinks it), and there were no donuts. 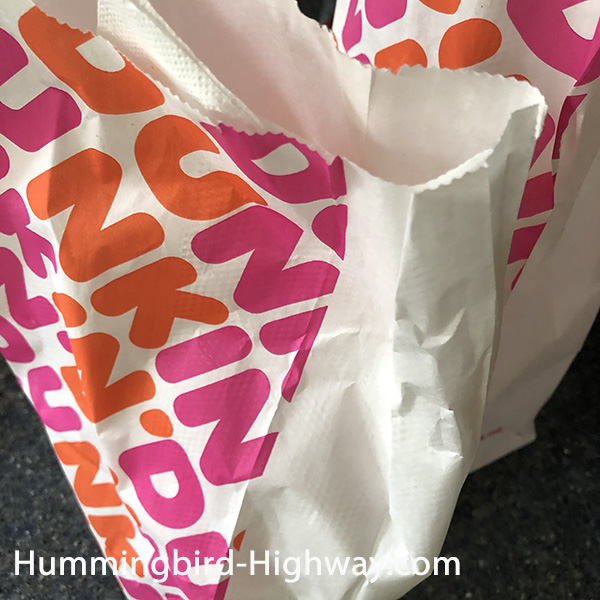 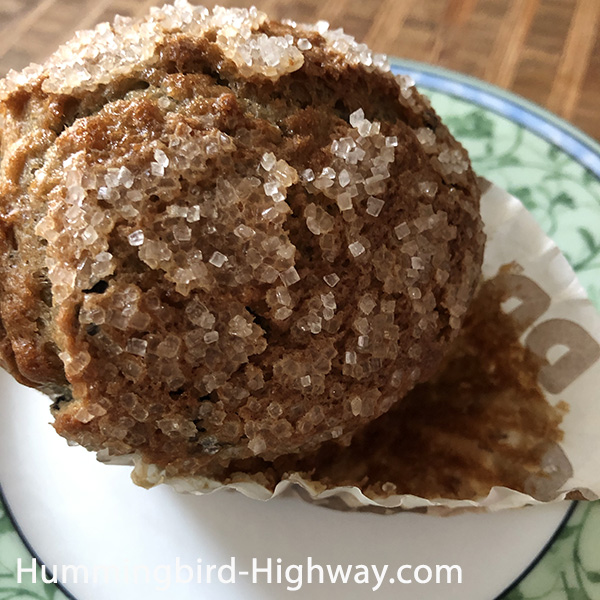 As I munched on the muffin and sipped my Blueberry tea (a lovely pairing), I could not figure out why Dave was so grumpy.

The next day, Sunday, Dave got out of bed and announced that he was going to go to Green Hills Farms - it's a local grocery store known for its excellent bakery, among other things. It's a bit farther away and I was confused . . . why the change in routine?

He said, that Dunkin Donuts didn't have his peanut-covered donuts the day before. "If they didn't have peanuts yesterday, they won't have them today," he said. (Until this very moment, I didn't realize that the peanut donut is what made this weekend routine special for him.) He added, in all this COVID blurry same-ness from week to week, the donut run was the one thing that he could COUNT on to make the weekend special.

Off he went to Green Hills on Sunday.

About 15 minutes later my phone beeped. It was a text from Dave:

"This COVID thing has just gotten serious; no donuts at Green Hills."

Lordy. First no peanuts, now this. He stopped at another Dunkin Donuts location (based on previous experience, the second location doesn't even CARRY peanut donuts) and got two Old-fashioned cake donuts, the coffee, and my muffin. And came home to pout.

To this day, he says that was 'the worst weekend ever.' I'm not making that up. 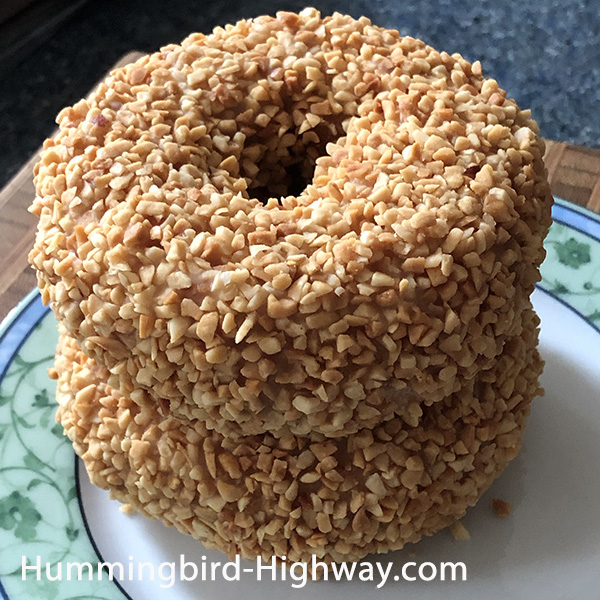 As I have stated and firmly believe, we are really lucky to be in good health and to be minimally affected by the pandemic. Sure, we mourn the travel we've missed, the visits to our favorite restaurants and movie theaters, and of course, the peanut donuts from time to time. But, in the grand scheme, we're lucky. 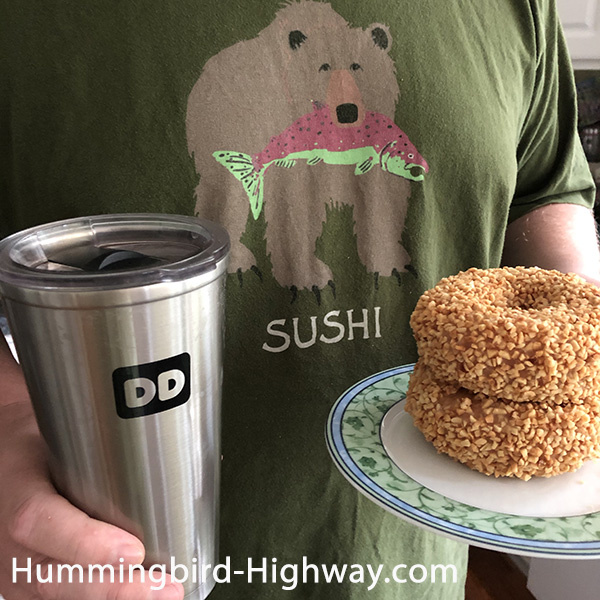 I'm glad to report that peanuts are back in stock at the local Dunkin Donut shop.

And the weekend routine feels more like 'Christmas morning' again.

This week's #23 looks a lot like last week's #22. Gives me a chance to correct a mistake. I said the the nine-patch pieces finish to 1" square. Correction: each little nine-patch finishes to 1.5" square that means each individual piece is 1/2" square. I could have just said 'small' and left it alone. There are no more nine-patch four-patches in the to-be-done pile of puffies. The embroidery is similar but different from last week's.

17 left! I counted, again . . I think I counted wrong last week. Or I can't count. Anything is possible. 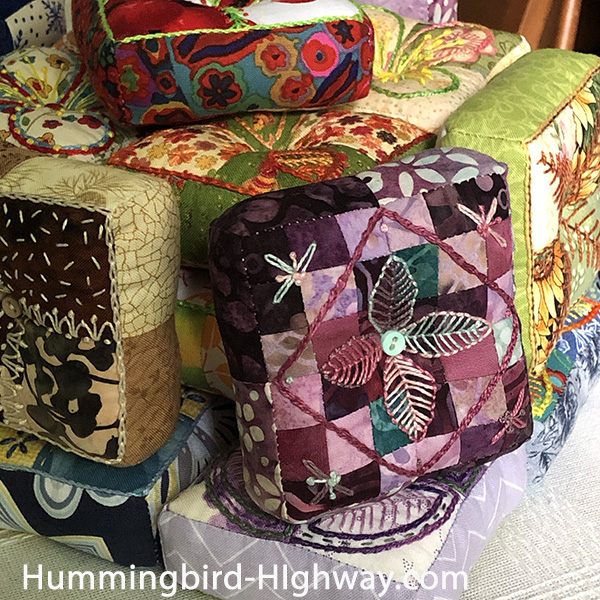 Make your own four-patch pin cushions. For the step-by-step tutorial, jump over to the blog and scroll down to the first Puffy Fours post from March 5. That's when I started, about the same time the world was shutting down to contain COVID 19. And that'll bring you to the beginning of the four-part tutorial.