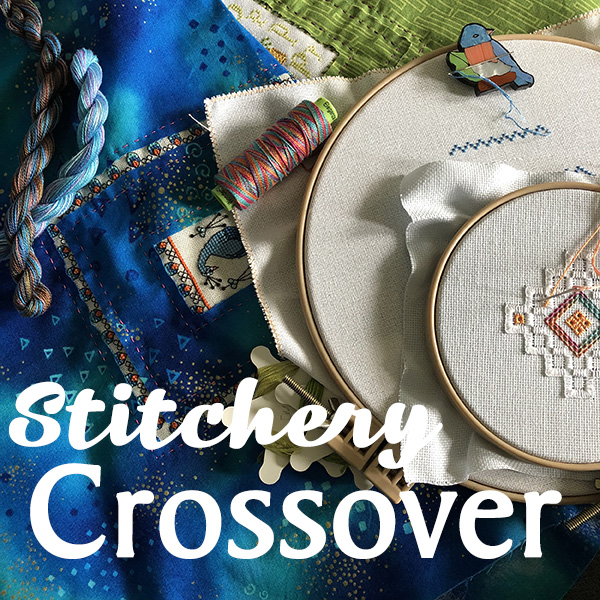 Are you already a member of  Stitchery Crossover?

Have you ever been in a situation where you wanted a sip of water and suddenly felt like you were drinking from Niagara Falls?

Friends, that's kinda how the first few months of the Stitchery Crossover program has felt. A really cool technique and way too much complex information to digest! So. .

The 'Stitchery Crossover' Membership is getting an exciting Makeover!  . . .

Over the next few months, behind the scenes, a whole new membership program will be re-invented. I'm very excited about the new direction Stitchery Crossover is taking. Look for new program details in Late Summer/ Early Fall 2020.

While Stitchery Crossover is getting a facelift (starting in January 2020), no new memberships will be accepted.

Would you like to be the first to know about the latest information when Stitchery Crossover re-launches? Just fill out the form below.

Thank you for your interest in the New and Improved Stitchery Crossover membership program. Look for more in formation in your email in late Summer/early Fall 2020!

Something went wrong. Please check your entries and try again.

In the meantime, here's a little background about Stitchery Crossover and what you can expect at its re-launch later in 2020.

As a quilter, I see something fabric-y, I want to make a quilt out of it. As a stitcher, I like to create things I can put into my quilts. Framed stitchery pieces are nice, but how many do you really need, after all?

Stitchery that crosses over to quilting.

For purposes of this conversation, 'stitchery' is defined as 'charted embroidery' - like cross stitch or black work - done on aida cloth, linen, or even weave cloth like jobelan or lugana . I am excluding redwork or other types of free form surface embroidery done on wool, muslin, or quilting cotton. Not because it isn't isn't beautiful, but the even weave/counted stitchery requires a different twist or two to make it quilt-ready. Also excluded in this definition, stitching on canvas. 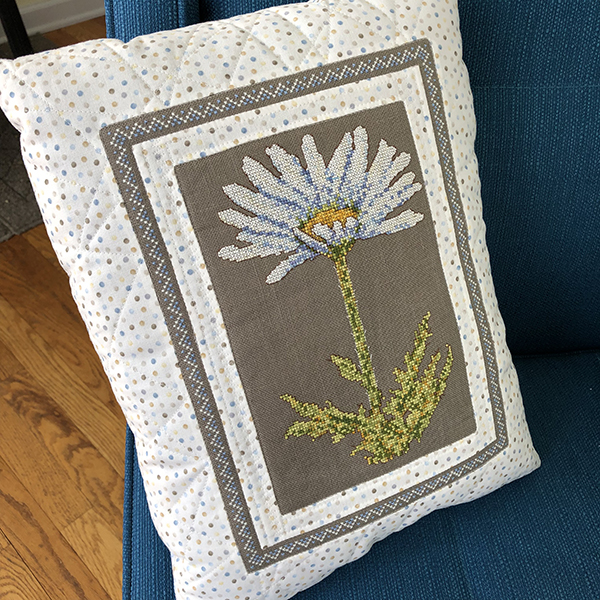 The Stitchery Crossover Membership program initially began at the Hummingbird Highway in October 2019. By January 2020, I could see that it needed to take an exciting, new direction.

My path is now very clear, but I'm stepping back a bit to re-vamp, revise, and re-launch  a new and improved version of Stitchery Crossover later in 2020.

Here is what I'm planning:

A brief introduction to the proposed Stitchery Crossover revision, details subject to final program outline to be determined. 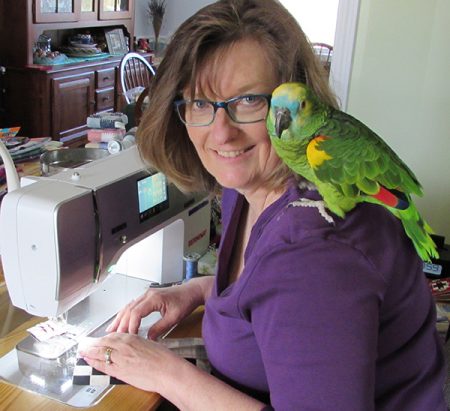 If you want to learn about the new Stitchery Crossover specifics as soon as they are available. please fill out the form below. This does not obligate you in any way.

Thank you for your interest in the New and Improved Stitchery Crossover membership program. Look for more in formation in your email in late Summer/early Fall 2020!

Something went wrong. Please check your entries and try again.